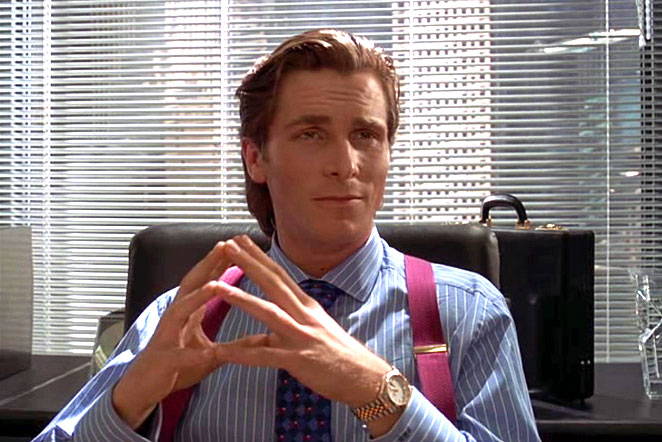 Do you have a psychopath in your midst? Forget dressing up in old lady’s clothing and hanging around shower cubicles - the office psychopath is not necessarily a danger to your life or limb. However, the selfish, manipulative, intimidating and calculating behaviour demonstrated by those who exhibit antisocial personality disorder can be severely injurious to staff morale, mental well-being and productivity.

And it is more common than you might think. Studies suggest that between 1% and 3% of the population have this disorder. That means at least some of you will either have one in your team at the moment, or will have at some point in the future.

The office ‘psycho’ will be driven entirely by self-interest with an inability to be moved by the negative implications of their actions for others. Specifically they might display a lack of conscience, little empathy, questionable loyalty, whilst breezing about in an enviably guilt free environment. Worse, their dissembling and charm can make it difficult to spot them until they are well established. Short of investing in a padded cell, a straitjacket and a variety of sedative narcotics (try getting those budget items past the trustees!) what can you do?

Frankly, short of going back to school to retrain as a psychiatrist and buying a white coat, your options are limited - but working on the basis that forearmed is forewarned - we’d suggest the following…

First, learn to recognise psychopathic behaviour. What does it look like? Well, people who lose their temper inexplicably, lie and manipulate, nip to the gym and claim to have been at an important meeting or take credit for others’ work may be in the one percent! Of course they may just be jerks - but that’s another subject for another day!

A. ANGRY SHOUTY MAN, Typically male, this personality type is likely to fly into frequent rages with little or no provocation. B. CHARM SCHOOL GRADUATE, This type is likely to employ great charm and persuasiveness as they manipulate and lie. C. COLD FISH, Distant and cold, don’t feel genuine emotions, unresponsive to punishment. If their antisocial behaviour is checked, it is by self interest rather than concern for the consequences to others. D. ROLLER COASTER RIDER, Stress addicts who can demonstrate high levels of anxiety. Compulsive risk takers who can’t resist big risks.

Look out for the following behaviour sets - it might mean that you are dealing with a psychopath. v They are ‘know it alls’, never wrong, seeming expert on whatever is being discussed. v They are often superficial, charming, glib and amusing. v They may paint themselves as heroes of tall tales and anecdotes. v They may be arrogant, superior, domineering braggarts. v There is one rule for them and another for everyone else. v They lie often and are unconcerned when a lie is detected v They don’t care about the consequences of their actions for other people, but are very concerned for any negative impacts on themselves. v They are cold, detached, untouched by the problems of others.

We should stress that you should look out for multiple and repeated instances of the above behaviours before you even begin to suspect that you are dealing with one of ‘the three percent’.

What should you do - tactics for survival:

It is hard to deal with people such as those described above, but here are a few tips.

P.S. It could be you! Remember to include yourself in the ‘how to spot a psycho’ audit. If so, I’m not going to try to reason with you - but I would suggest that your undoubted intelligence should tell you that your self-interest would be best served in the long term by being nice to other people!