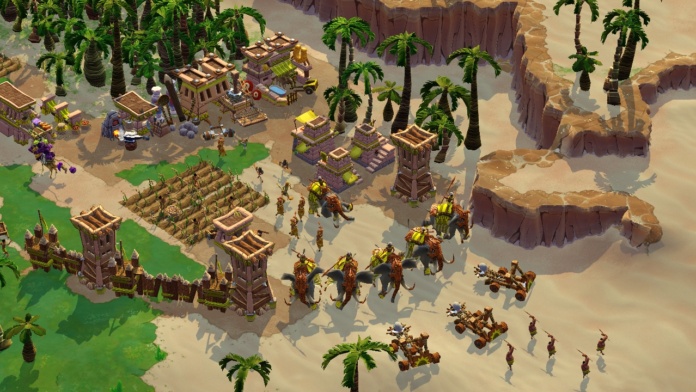 Specialisation, communication and synergy - what non profit organisations can learn from hunter gatherers According to scientist, author and journalist Matt Ridley in ‘The Rational Optimist’, hominid societies such as Homo Erectus made excellent, functional hand axes from flint. They, and similar pre-human societies did this for the best part of a million years, but without ever improving the design or moving on to a new and better technology. Then Homo Sapiens (that’s us!) came along, and before you knew it we were making bows, arrows, ploughs, fishing hooks, nets, bricks, wheels, pots, cloth, beads and canoes. That process has continued apace until today we have cellophane, cell phones and stem cell therapy. Ridley argues that a key driver of cultural and technological innovation since hunter gatherer times has been trade. His erudite and detailed proposition can be (rather simplistically - sorry Matt!) distilled into the following points:

1) When a human population gets big enough - or achieves a numerical critical mass - then its members can begin to specialise. Instead of everybody pitching in with the hunting and the gathering (as was the case with Homo Erectus and the Neanderthals), some can concentrate on weaving, others on fishing, some on spearmaking, others on farming and so on.

2) We are the only advanced apes that instinctively barters goods and services - i.e swopping one thing for another, dissimilar thing. Although chimpanzees have been known to exchange food for other food stuffs, or reciprocally groom each other, true barter is different. It must entail someone being prepared to swop wheat for beads, or dye for leather.

3) This talent for barter, plus the inclination to specialise, meant that when ‘Oz’ decided to focus on making fish hooks from reindeer bone (and so became really good at it) and ‘Ug’ decided to concentrate on the fishing - thus increasing his skill, and then both decided to trade these skills….Well then both Oz and Ug benefited out of all proportion to the efforts they made. This was a classic ‘win - win’ scenario.

4) Further, as our ancestors spread out from Africa and across Asia into what is now Australasia and so on, they came into contact with other tribes and races who had developed their own technologies. These were traded, people learned new things and further innovations were made.

5) Eventually, you went out and bought an Iphone.

Now as I was reading this I was minded of something else I had read about how, pound for pound, the Massachusetts Institute of Technology (MIT) has more Nobel Prizes for Science than any other institution on the planet. Even heavy weights like Cambridge University pale in comparison. And (so the argument goes), this isn’t because the staff and students are significantly brighter than those from Cambridge, Caltech or Lausanne’s Ecole Polytechnique Fédérale, but because they operate in an environment which is more conducive to information exchange. Simply put, while the Dons and PHD students at Cambridge toil away in the physical silos created by separate colleges along the banks of the Cam, their peers at MIT enjoy an architectural infrastructure which is to a greater degree integrated and has more food courts, sports areas, shared recreational facilities and pedestrian corridors beween faculties and departments where at any given time, you are more likely to bump into someone who has just had a great idea!

‘Very interesting’ you may say - ‘but what has this got to do with my situation’? Well, firstly, to be human is to be an innovator. Innovation is the norm. Not to innovate is the weird thing. Secondly, your organisations’ skills and expertise represent a high degree of specialisation. As an innovator with a specialism you should be able to find ways to leverage your skills to find solutions, but only if you meet with, communicate with and share with enough people. So, in these challenging times, we all have to get off our lardies and seek out other interesting people to talk to, swop ideas with and trade information, skills, talents, opinions. We must dissect challenges in partnership with others. We must be hungry to collaborate and work with others.

Simply put, in order to find better solutions to apparently intractable problems we must:

1) Believe that the solution is out there. 2) Get into serious networking. Go to where there are lots of people (the Chamber of Commerce, your local branch of the Institute of Fundraising, conferences, talks, competitor AGMs - whatever). 3) Talk to lots and lots of people with intent to find a collaborator. Spread your business cards like confetti. Look for complementary skills (or at least enthusiasm!). 4) Decide on your perfect partner agency and work out what you can offer them and what you want in exchange. Make the approach (see ‘2’, above).

And if the challenge of bigger targets, more pressure and less money has caused you to begin to lose hope and to retreat into your own ‘silo’, just remember that the next person you are talking to (be they funder, customer, stakeholder or competitor) could be walking around with a hand axe in their back pocket which is better than yours. And that they would almost certainly be prepared to share it with you if you offer the right thing in return ….